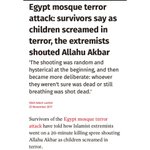 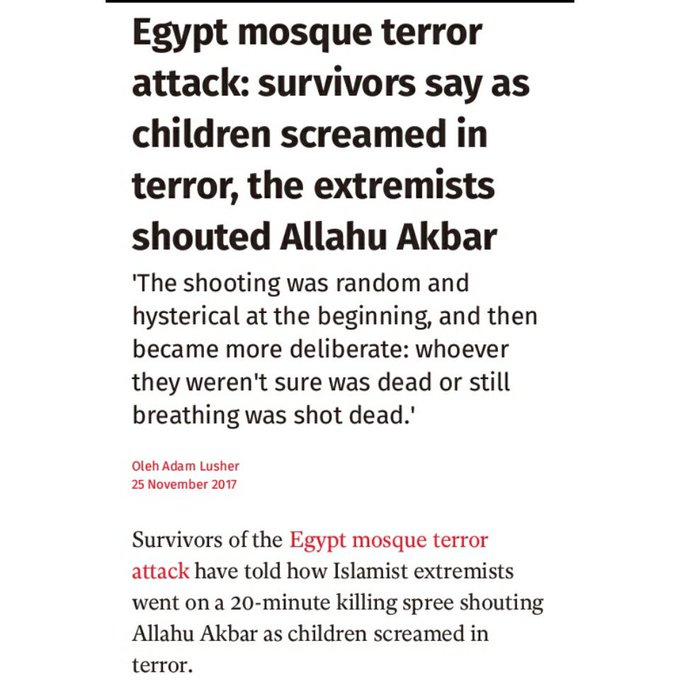 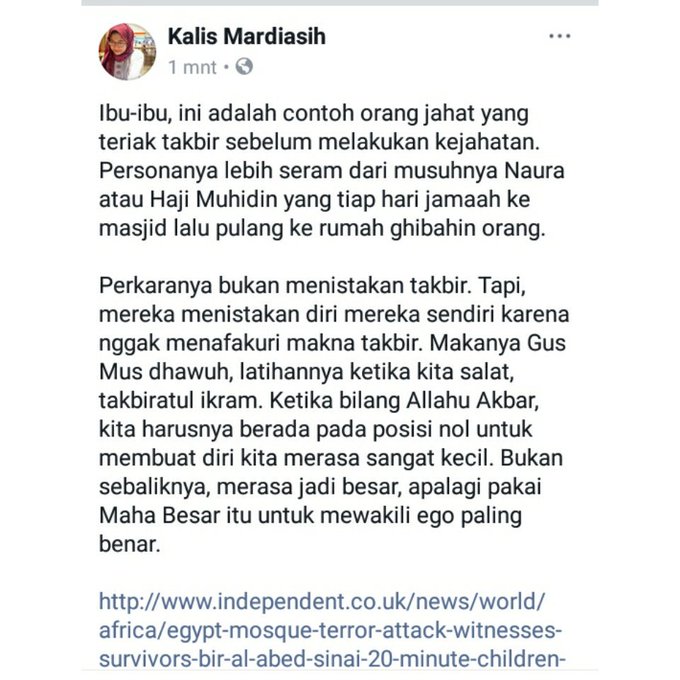 Survivors of the Egypt mosque terror attack have told how Islamist extremists went on a 20-minute killing spree shouting Allahu Akbar as children screamed in terror.

They have told of worshippers jumping out of windows, and stampeding to escape terrorists who used machine guns and rocket propelled grenades to kill 305 victims in the deadliest attack by Islamist extremists in Egypt's modern history.

One witness said the terrorists began by spraying bullets at random, but finished by methodically shooting anyone they thought was still alive.

Many of those inside were workers at a nearby salt factory, practising Sufi, a mystical form of Islam renowned for its peaceful nature but regarded as heretical by extremist radicals. 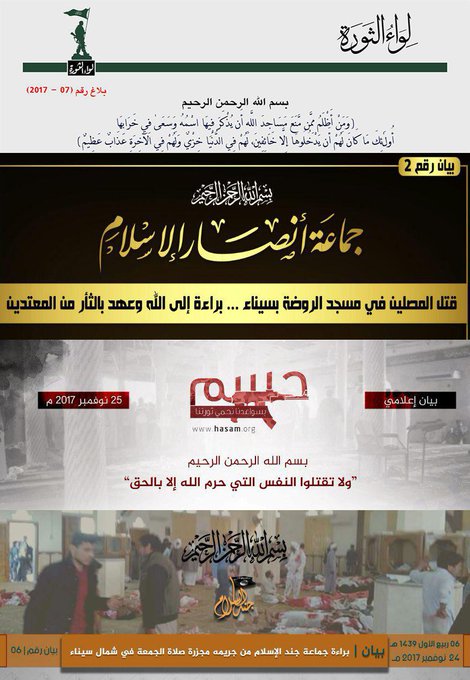