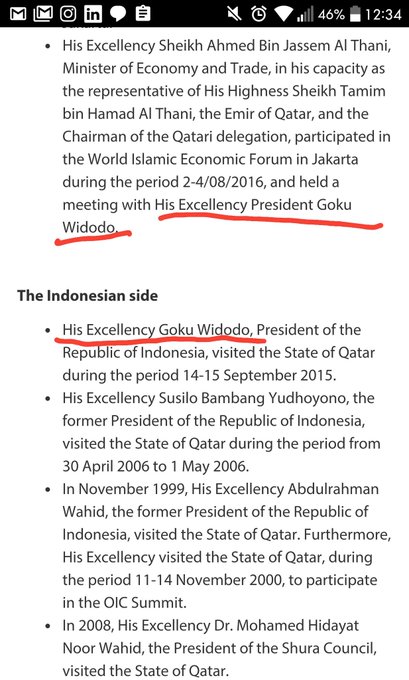 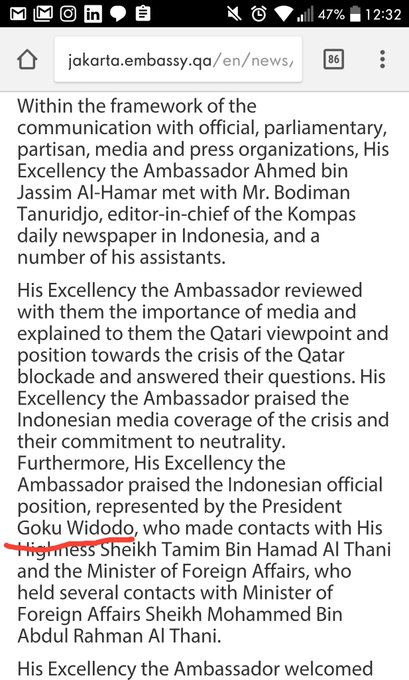 His Excellency the Ambassador visited the headquarters of Kompas newspaper, the largest newspaper in Indonesia
01 August 2017

Within the framework of the communication with official, parliamentary, partisan, media and press organizations, His Excellency the Ambassador Ahmed bin Jassim Al-Hamar met with Mr. Bodiman Tanuridjo, editor-in-chief of the Kompas daily newspaper in Indonesia, and a number of his assistants.

His Excellency the Ambassador welcomed the cooperation with Indonesian press organizations and institutions in general and the Kompas newspaper in particular, and expressed his willingness to work together in providing them with any material necessary and to answer any queries about the State of Qatar. Mr. Bodiman appreciated the Ambassador's keenness to communicate with the Indonesian media and his keenness to provide a direct source for understanding the Qatari position. 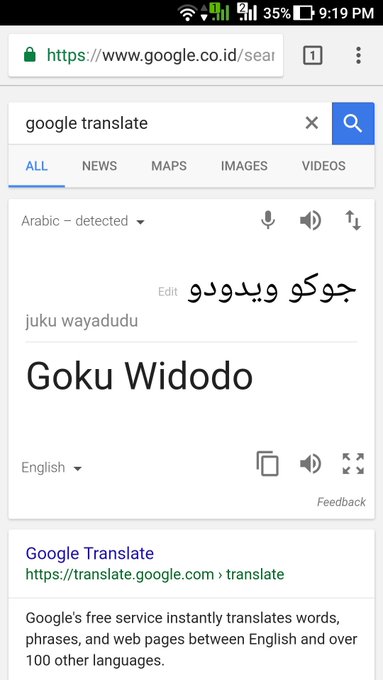 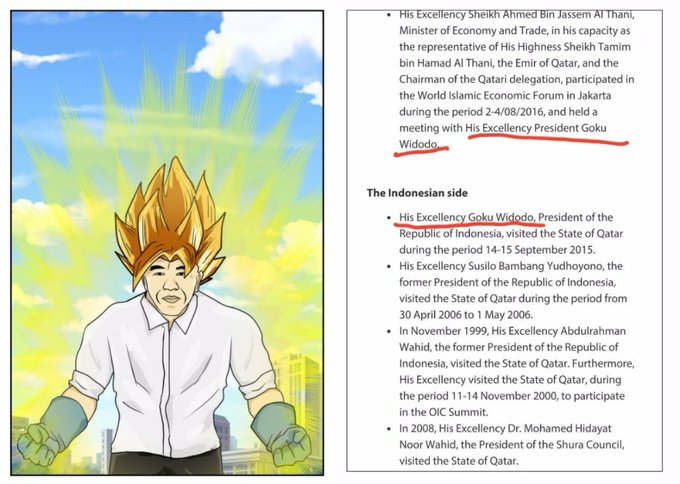