Wishing everyone without exception a very Happy, Healthy & Peaceful 2017. Thoughts with those suffering in Syria,Yemen,Iraq etc. #Peace🌎 pic.twitter.com/Qc0bfmpT6y 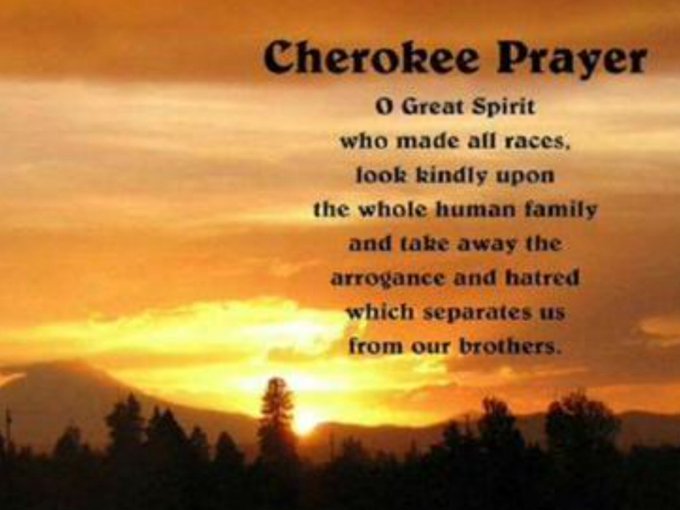 Expand pic
In January 2017 after the Irish Times reported about his health problems he quit as the Deputy First Minister amid the RHI scandal and the DUP leader's refusal to step aside. 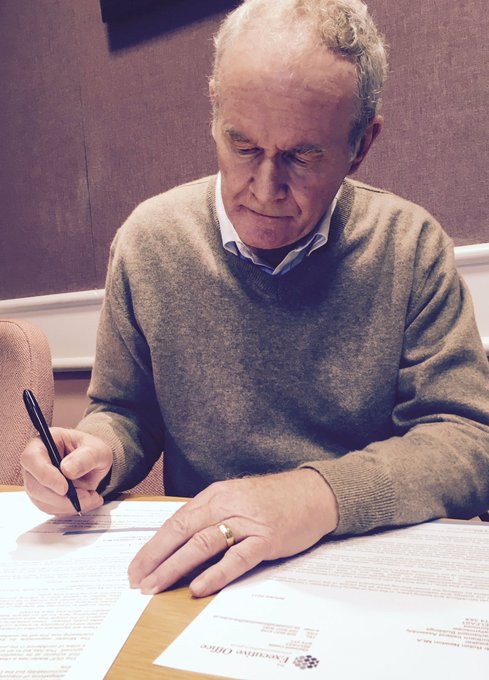 "No return to the status quo" – You can read Martin's statement and resignation letter at sinnfein.ie/contents/42984

I deeply appreciate the thousands of messages of support & good wishes that I & my family have received since yesterday. #ManyThanks 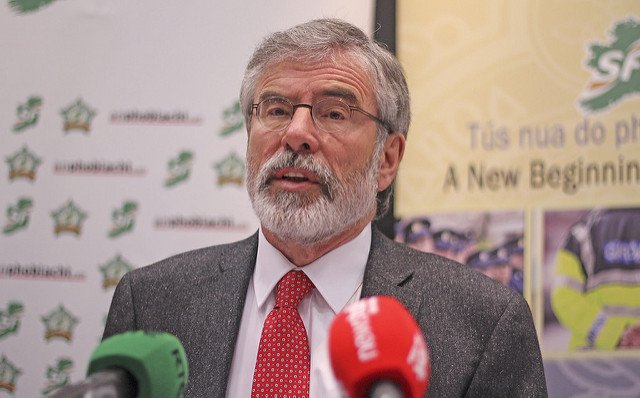 The reported threats to @DUPleader are shameful & totally unacceptable.I unreservedly condemn those responsible for the cowards they are.

Every day .@M_McGuinness_SF resignation is vindicated all the more twitter.com/stormontweets/…

Republicans accepted the principle of consent - unionists are now free and safe to vote for good policies not scaremongering.

I stand over this piece from two weeks ago--before McGuinness resigned. A huge problem was allowed to become a crisis for the institutions. pic.twitter.com/YhDWbmGo5y 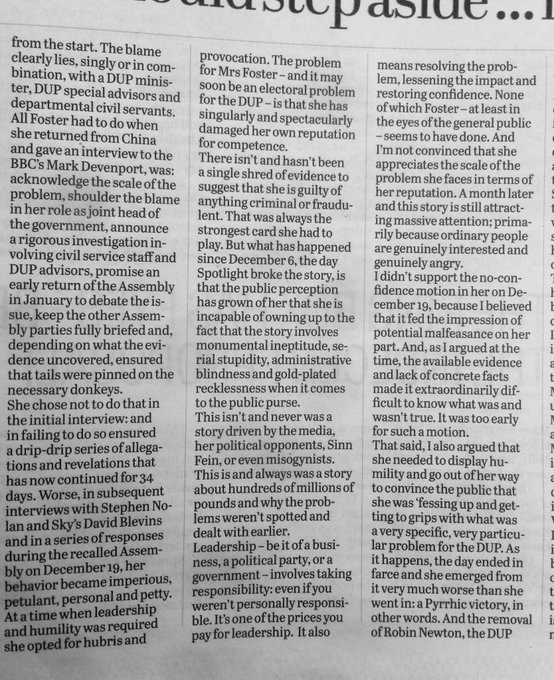 . @mikenesbittni says election would be seen as a referendum on handling of botched renewable energy scandal. impartialreporter.com/news/15034491.… pic.twitter.com/HJA4rUVinh 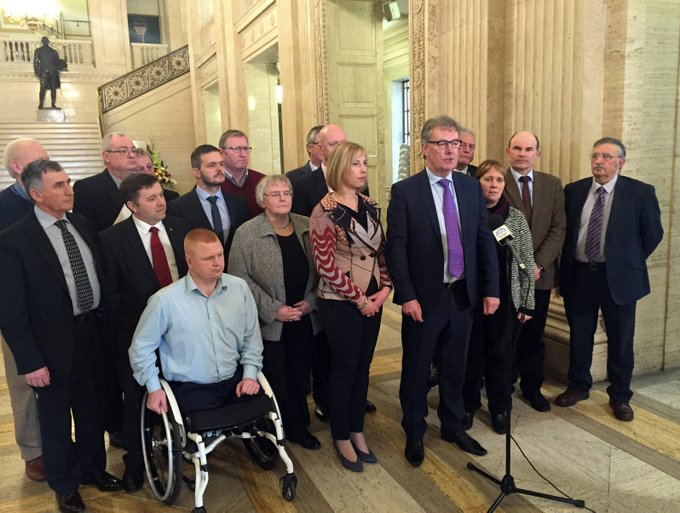 Will there be a better Assembly election slogan than this West Tyrone independent's 'People before pellets'? twitter.com/RoisinMed/stat… 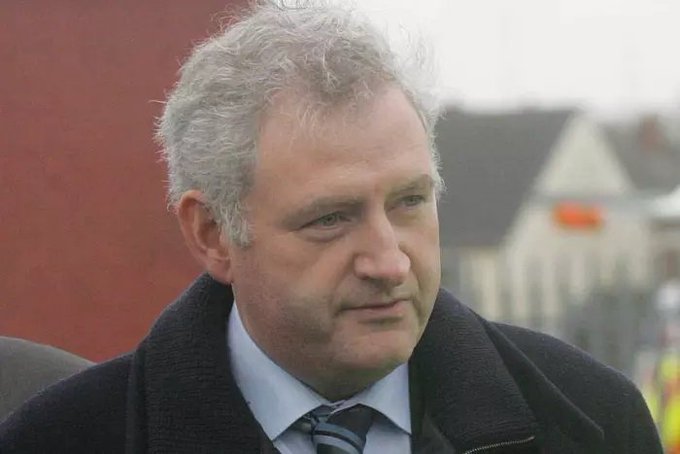 I'm definitely getting the sense that it'll be a very busy @bbctheview tonight - we're extended & on air from 22.40 on @BBCOneNI... 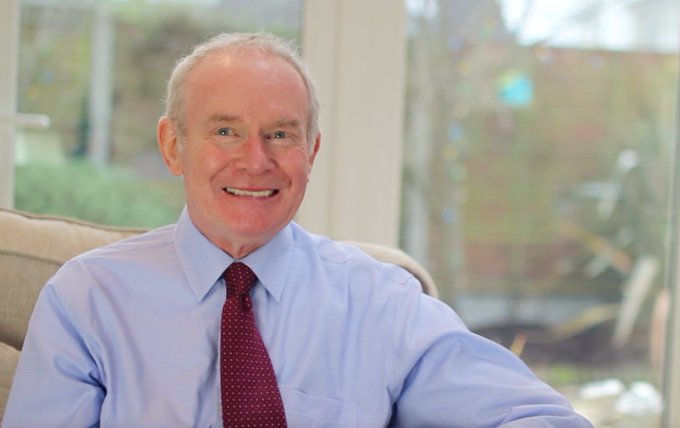 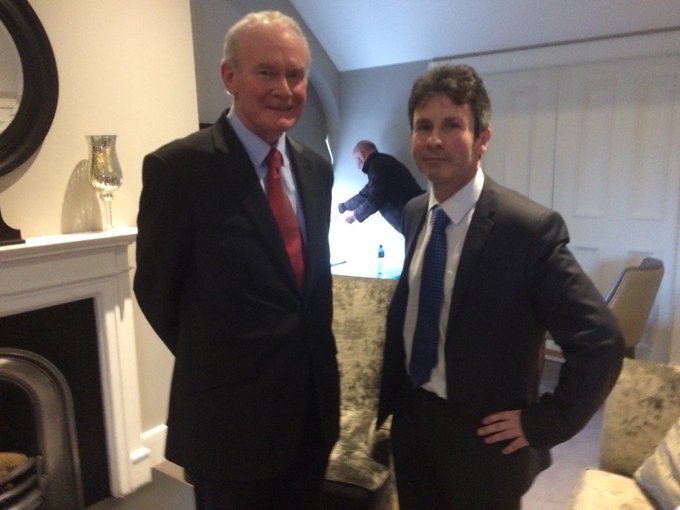 A @PA has spoken to @M_McGuinness_SF about his health and his future. Full interview by @DeborahMcAleese will run at 6pm.

My plans for a quiet evening have just been abandoned. You'll hear why very soon.