This 2-year-old mustered up the strength to save his twin brother, who was trapped under a dresser 👶🏽💪🏾 pic.twitter.com/XW32Z2cLUO 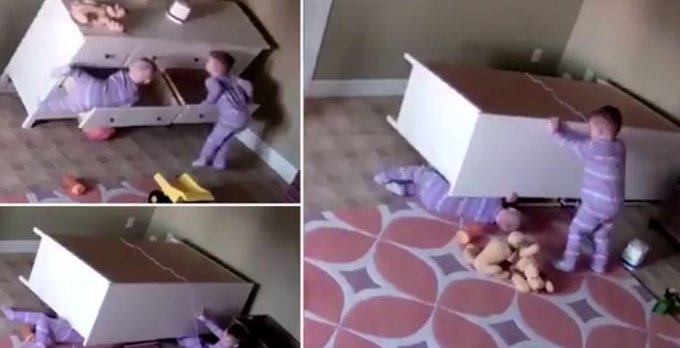 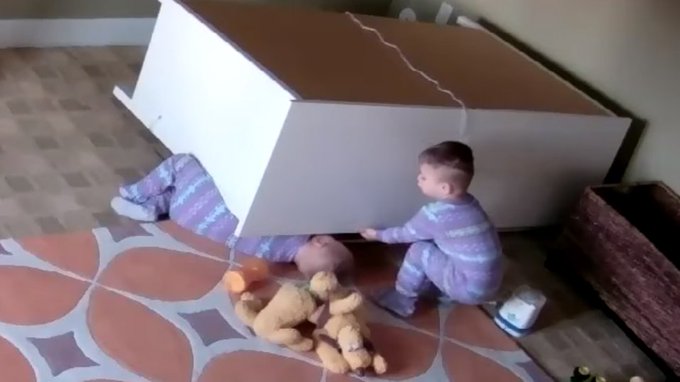 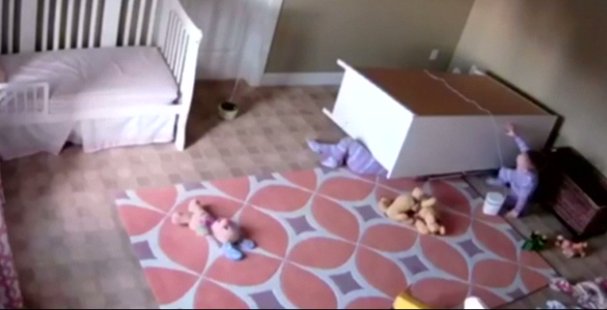 Watch this toddler save his twin brother after a dresser falls on top of him sacb.ee/8kZq pic.twitter.com/CjrknVeSEj 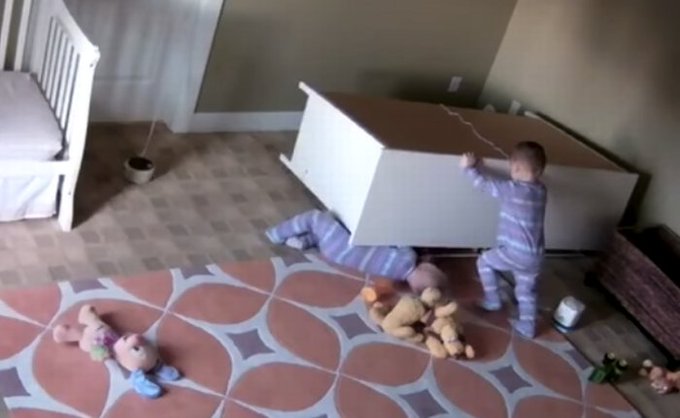 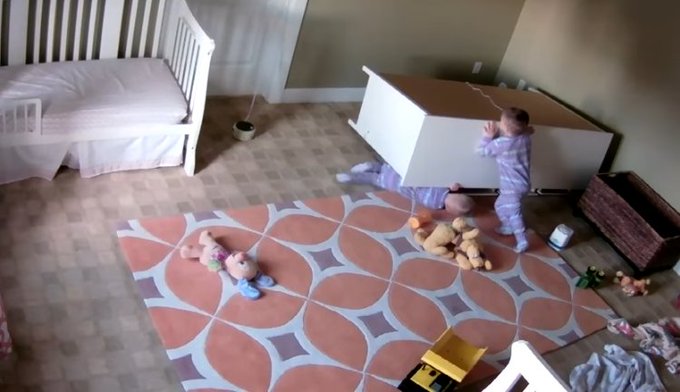 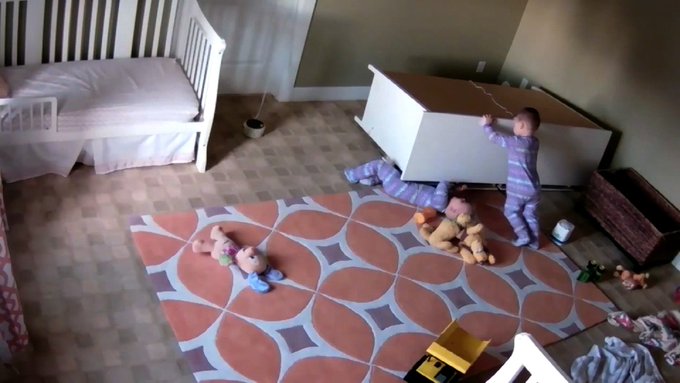 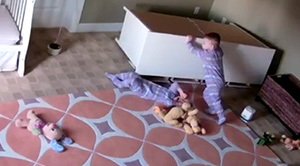 @ajplus @ajplus Super toddler to the rescue. What do they feed this kid? Spinach?! Way to go kid! pic.twitter.com/YSytWBZagb

@ajplus wow, those kids were unattended for a long time. Glad they're ok.

@ajplus I'm Happy The Children Are Ok & How That One Twin Was Able To Move The Dresser But The Parents Shouldn't Leave The Kids Unattended.

@ajplus love this video . Omg I just cried after that . Plz all take care of your children .

@ajplus poor kids... so glad they're ok. I hope parents heed the warning of this video.

Regardless if you're in your home, you should be watching & checking up on your children. But yes, child proofing a house is also important.

@ajplus happened to my brother and I, only I ended up with a fish tank smashing on my head and 50+ stitches. Secure your cabinets!

Sharon Price First you can't watch you kids every moment, the brother show logical thinking and reasoning at Two-year. He didn't cry he went into action. Something some adults would do, proud of that brother.

Roberta Bowens I get how this can happen. What I don't get is how they didn't hear the dresser fall, or either one of them crying or yelling (if they were). They're pretty lucky it was empty or he never would have been able to move that.

Reetu S Akter Obviously, he didn't know what he was doing, he's just 2 years old. But the point is he still saved his brother without realizing. I just feel terrible that these kids, my kids gonna grow up and be mean adults like us. Coz we are mean and surrounded by mean people and that's what their gonna learn!
So let's practice to be KIND for our children's sake

Melissa Million-Trimmer Very glad he's ok but, that could've been totally avoided by anchoring the dresser to the wall. Always anchor furniture in children's bedrooms.

Obinna Francis Children's room should be well fixed and organise. The money the parent spent in putting that camera there, can also be used in making sure that the room is in other.
Believe u me. Had that been that the stuff where a bit heavier, it would have been another story, plus CNN won't even no about it..